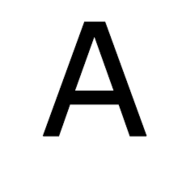 On Jan. 22, 2011 I ordered the Pro version of the Abcoaster. On Jan. 23, 2011 I was hospitalized, in ICU, due to a heart attack. I was unable to call in time to cancel my order. The abcoaster was delivered on Jan 28, two days after I returned home from the hospital. I called Abcoaster to arrange for return of the unopened box and was given a Return Authorization Number. I was also asked which carrier I would be using to return the item and I said UPS. I was not informed, at this time, that I would have to pay the shipping cost in order to return the item. I was told that I would receive credit on my credit card within 3-5 days after they received the Abcoaster from UPS.

Here it is Feb. 17 and I am still trying to return this item. The customer service is of such poor quality and fails to give complete details for returns, that it leads me to suspect that the product is probably not of any better quality. I have not opened the box to inspected the product and don't intend to do so.

Finally, after much insistence and three phone calls later, I was able to speak to a supervisor who explained that my refund would not include the P&H and in addition I will have to pay the shipping costs to return the item (for an unopened container/box), in spite of the fact that I was incapable of cancelling the order and now am not able to use the product due to my health condition. I am out over $100.00 for a product that I am unable to use and was unable to cancel due to being hospitalized. Each time I spoke to a customer service rep they tried to offer me a discount to keep the product or to re-gift it to someone else. Nobody seemed to understand my situation. Also, the return label they provide is not adequate for the UPS to return the item and the address is not verifiable through their system, 500 Returns Rd., Wallingford, CT.

I feel that since the box was unopened, is being returned because of my health condition, and that I was not able to make the call (I was in ICU for four days) in time to cancel the order, that the company should authorize payment of shipping for RETURN of the new unopened merchandise.

I was employed at this company and helped them to succeed by working many hours for free on my own time, spending numerous hours online looking for potential customers, going to events on my own time to get company's name out in the industry, designed social media pages for the company, got a family member to leave a job they were at for 13 years, the list goes on and on. Right before Christmas I got notice my wages were going to be garnished so i filed bankruptcy. As soon as I filed management started treating me very poorly and right after Christmas terminated my employment. Pretty sad when you dedicate so much time and effort for a company that doesn't support or care for their employees

I had my apartment carpet cleaned December 29, 2015 with A & P cleaning solution with tel no. [protected] the carpet has a stain on soap they provide and since it was holiday we werent able to inform them right away that it has stain now they wont redo the cleaning 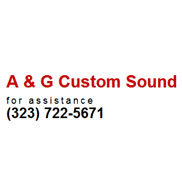 A&G Custom Sound and Auto in E. Los Angeles is unethical with their method of acquiring sales from consumers. In addition, their lack of interest in Customer satisfaction is evident immediately after you sign the loan agreement.

I wanted to purchase some new rims for my car and went to their shop on Whittier Blvd. to inquire on payment options etc…Unfortunately the only option available to me was alternative financing through my checking account. I informed Myra that I would think about it and would let them know. A few days later I received a phone call from them encouraging me to try the alternative financing so I agreed and chose the rims that I wanted based on a photo. I was eager to buy some rims and Myrna the loan rep. was so helpful and pleasant thatI felt comfortable to move forward. I then asked how much the rims were, she referred me to Javier the salesman and said the he would help me in that area. When the approval came through for theAlternative financing ; Myra still could not give me a total nor could Jay. Needless to say I was dissappointed because I thought that I would be driving off in my new car with my new rims. This is because they lead me to beleive that they had plenty in stock. I was then informed that if I wanted the rims I had to sign the agreement which I would then be committed to. I thought this was strange without giving me a total amount but figured they would not go over the amount ofthe loan for 1, 100 dollars. In fact, Jay sensed my hesitation to sign and quickly set my mind at ease by ensuring that he would see to it that I did not max outthe loan, so I signed the papers.

In the event that the rims of my choice were not available I was asked to select 3 additional sets of rims so I did. The next day Jay informs me that none of the rims I chose were available but recommended some alternatives.

When the rims arrived I drove to the shop and asked Jay if I could see them before he installed them. Jay strongly recommended that I wait until they were installed. I later found out why. Meanwhile I go to complete the paper work with Myra and this is when I realized just how unscrupulous this company operates. First I was informed that the cost was 1, 075.00 just 25.00 dollars short of the maximum loan. Second, Myra asks me to sign the rest of the documents barely allowing me time to read the fine print before pushing another paper in front of me. Nonetheless as I read further I realize how thisalternative financing works. Basically, they withdraw 75.00 dollars out of my checking account every two weeks for 1 year. I was very disappointed that she had not clued me in on the advantages or disadvantages for this type of loan but then again she wouldn't even give me the totals until I committed myself. To make matters worse her attitude was not as pleasant and very unapproachable. Soon after I began to realize the type of company ethics I was dealing with. It was obvious that this type of practice was not only accepted but probably encouraged by management.

Customer Satisfaction should be a priority and is a requirement for most companies operating under ISO Certification. I will certainly investigate what guidelines this type of company operates under including regulatory requirements if any.

Nevertheless, I went to see the rims on the car while it was on the hydraulic lift and realized that the rims were not fit for a BMW and did not look as good on as they did in the photo. I let Jay know that I was not happy with rims and asked if there was anything he could do to accommodate.

The lack of effort by Jay and Myra were discouraging to say the least. He cited that it was too late because the rims were already mounted. At this point I remembered how he tried to encourage me not to look at the rims until they were mounted and asked him why. In other words he wanted to mount them first so it would be impossible to return them. This is manipulative and conniving business practices and I personally would never refer anyone to this company.

Furthermore, once I signed their papers my phone calls were not returned nor could I get any cooperation. This company's standard of quality customer service is non-existent andCustomer Satisfaction is the least of their priorities. Apparently only Radio personality Big Boy Power 106 and star athletes such as Kobe Bryant are privileged to this type of customer service.