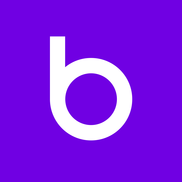 Ok fine, block my account but refund me the money. I dont give a [censored] to badoo anymore.

I will post this on twitter and let everyone knows how you are eating up money from innocent customers.

My account has been blocked but I didn’t do anything wrong and I was always following the rules.

I want to appeal against the unfair decision of blocking my account as this decision is completely unfair and biased and not based on any valid reason.
Its also unfair to block me and leaving the other account who reported me unblocked as he also was talking in the same language and made a fake report against me
Badoo also did not investigate my complaint and did not give me any result of it and just ignore it and I am not happy by that

Badoo did not give a valid reason why my accou8nt has been blocked, what the reason for blocking my account.

I want Badoo to provide valid evidence why they blocked my account, as there is no reason to justify such an unfair decision.

Badoo alleged that ” Badoo doesn’t work if we treat each other badly, and some of our users have reported you for rude or abusive behavior. We have decided to remove you from our platform.”

I totally disagree with that as I never been rude, or abusive to anyone, I never treat anyone badly, and I want Badoo to provide evidence of full conversations that support the allegations of being rude or abusive or treating people badly, and I am totally sure that Badoo can’t find any of those not true allegations as that never happened and if anyone reported me, then it would not be based on any reasonable evidence

On 21/7/2021 and on my last conversation this happened and this why my account was blocked and this completely unfair.

Then I told him as what I remember: “what you looking for”.
Then he said that he is “looking for long term relationship”.
Then I ask him if he like to meet, then he say yes.
Then I ask him to send a picture of him then he sent his face with chest without a shirt.

So until now we were going with the flow and no problem happened.
Then I ask him if he travel and I told that I live in Manchester.

Of course he knows where he live and he know that Manchester if far from him and it’s difficult to travel either from my side or his side and traveling has a cost also.

Then he reply that he live in a city but I forget the name of the city but from his profile he live 40 miles away.

Then he said that he is “unemployed”.

People usually said that they are unemployed usually when they need money or looking for someone to spend money on them and a way of expressing the need of money.

Then I told him that I use public transport and I am unemployed too and it’s difficult to travel.

He reported me, and he just done that to revenge when he see no money benefit is coming from me as I told him that I use public transport and I am unemployed too.

At the end both of us we were using the same language and I was not rude to him at all as he also mentioned that he top and he gay and his position is top.

Trust me if I told him that I will travel to him or give him money to buy ticket to visit me then he would not reported me.

Both of us were using the same language, same expression, same meaning, maybe not exactly the same wording, but everything was the same.

He is the one who should be blocked not me as he set me up as the conversation was equal in the sexual expressions and the language, is not he did not see any money expectation from me and I am far from him this why he reported me. The report that was send against me is malicious report and is not based on any valid reason

Badoo counted me on the wording not on the meaning; as from the context of the conversation on 21/7/2021, both of us (me and the last person chatted with me who reported me before my account get blocked) we used the same language so my account should not be blocked on 21/7/2021

We had a broken spiced rum bottle. You were nice enough to have that broken bottle picked up and your Company was nice enough to replace it. But unfortunately they sent us lemon Bacardi flavored. We do not like lemon we only drink the spice rum. Was very upset that we did not get the exact same thing that we normally purchase. Do not know what to do with this unopened bottle.
Mary Lou Yacobellis [protected]
111 Sintabouge Cir.
Daphne, Al 36526

As a matter of fact, I was helping the badoo community by reporting commercial users whenever I came across them to make it a better place.

This is rally not the right way to treat your users.

I have contacted you many times to resolve this issue. and no there has no been no resolve!!

Attached is the cancellation on my Apple iPhone from May 21st!!

I sent you an email last week and you did not respond! 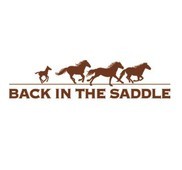 I have had 4 emails to your customer service department to honor the 15% off that is listed on your web site under the product that I ordered. They continued to ask me to send them a copy to prove it which I did twice and both times they said they did not receive it and did not honor it. In all my years in customer service have I ever have to prove a company distributed promotion. Will not be doing business again with this company.

My name is Stacey Carter I’m a respectful customer.I’ve always been polite and kind and thoughtful when sending messages.

I’ve always been respectful and never used profanity nor have I verbally acted sexual or threatening . I’ve never been demeaning nor debating . I don’t understand why I’ve been blocked. Please explain why

I ordered a pool liner on 7/01/2021 with backyard city pools, I recently tired calling them with no luck and left a message today 07/07/2021. I haven’t heard or received a confirmation in regards to this pool liner, There customer service number no-one answers and ill you can do is leave message. if I can’t get a response. I want the order cancelled and I will go elsewhere. Thank You
Shari [protected]@aol.com 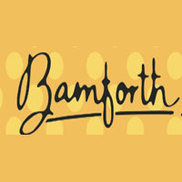 HP technical support assisted me with a printer issue on May 20, 2021, but it could not be repaired. HP sent a replacement printer, Office Pro 8035 printer, on May 24, 2021. However, I never received it. The printer was most likely lost in FedEx transit, but no report has been filed despite repeated complaints. As of July 7, 2021, I don’t have a replacement printer after over 20 calls and back and forths between departments. The worst part is my credit card was charged $200 because I didn’t return the damaged printer.

I have been banned in badoo for some “user complaints” reasons, so I reached the support to clarify the reasons of ban and reinvestigate the issue if possible. I did not manage to find a certain rule I have broken. The support answer was simply “we checked all, we are sure we ban you and no, we cannot disclose you any information on the reason except it was because of user complaints”. It feels like extremely user-unfriendly user support. Probably the worst, i’ve contacted in my life.